Hawaiian history can be divided into the following episodes: ancient Hawai‘i under the rule of local chiefdoms; consolidation and establishment of the Kingdom of Hawai‘i; overthrow of the monarchy by the Provisional Government of Hawai‘i, followed by governance as the Republic of Hawai‘i; from 1898 to 1959, governance as the Territory of Hawai‘i; Hawai‘i becomes the State of Hawaii of the United States in 1959.

Anthropologists believe that the Hawaiian Islands were first populated by Polynesians from the Marquesas and Society Islands approximately 1500 years ago. Memories of the early migrations were preserved orally through genealogies and folk tales, like the stories of Hawai‘iloa and Pa‘ao. Relations with other Polynesian groups were sporadic during the early migratory periods and Hawai‘i grew from small settlements to a complex society in near isolation. Local chiefs called ali‘i ruled their settlements and fought to extend their sway and defend their communities from predatory rivals. Warfare was endemic. The general trend was towards chiefdoms of increasing size, even encompassing whole islands.

Vague reports by various European explorers suggest that Hawai‘i was visited by foreigners well before the 1778 arrival of British explorer Captain James Cook. Cook was credited for the discovery after having been the first to plot and publish the geographical coordinates of the Hawaiian Islands. Cook named his discovery the Sandwich Islands in honor of one of his sponsors, John Montagu, 4th Earl of Sandwich. 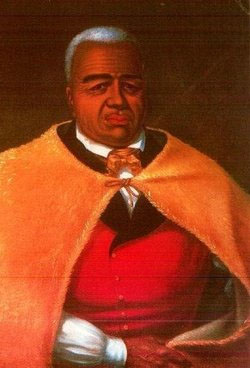 After a series of battles that ended in 1795 and peaceful cession of the island of Kaua‘i in 1810, the Hawaiian Islands were united for the first time under a single ruler who would become known as King Kamehameha the Great. He established the House of Kamehameha, a dynasty that ruled over the kingdom until 1872. That year, bachelor King Kamehameha V had died without having named a formal heir. After the election and death of King Lunalilo, governance was passed on to the House of Kalakaua. However, the power of the monarchy was made impotent with the promulgation of the Bayonet Constitution, stripping the king of his administrative authorities and depriving the rights of native Hawaiians in elections. The dynasty of King Kalakaua reigned until the overthrow of the kingdom in 1893, a coup d'état orchestrated by American plantation owners with the help of an armed militia and the United States Marine Corps. Governance was again passed, this time into the hands of a provisional government and then to an independent Republic of Hawaii.

The Newlands Resolution was passed on July 7, 1898 formally annexing Hawai‘i as a United States territory. In 1900, it was granted self-governance. Though several attempts were made to achieve statehood, Hawai‘i remained as a territory for sixty years. Plantation owners like those that comprised the Big Five found territorial status convenient, granting them the ability to continue importing cheap foreign labor; such immigration was prohibited in various other states of the Union. The power of plantation owners was finally broken by activist descendants of original immigrant laborers. Because they were born in a United States territory, they were legal American citizens and expected full voting rights. They campaigned for statehood for the Hawaiian Islands. On March 18, 1959, President Dwight Eisenhower signed the Admission Act which made Hawai‘i the 50th state of the Union, a law that became effective on August 21, 1959. 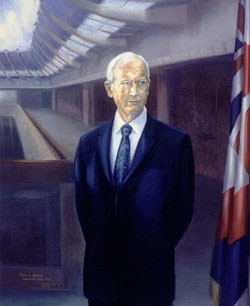 Upon achieving statehood, Hawai‘i was accelerated through modernization with a construction boom and burgeoning economy. The Hawai‘i Republican Party, supported by the plantation owners was voted out of office and the Hawai‘i Democratic Party dominated state politics for forty years. The state also worked its way to achieving a restoration of the native Hawaiian culture that was suppressed after the overthrow. The Hawai‘i State Constitutional Convention of 1978 heralded what some called a Hawaiian renaissance. Its delegates created programs that sought to revive the indigenous Hawaiian language and culture, as well as having promoted native control over Hawaiian issues with the creation of the Office of Hawaiian Affairs. Prevalent in post-statehood Hawai‘i was an increase in combative attitudes by some native Hawaiians towards the federal government, seen by some as an occupying power. Regrets over the demise of the Hawaiian monarchy produced several political organizations that are collectively known as the Hawaiian sovereignty movement. The movement's most prominent success was the passage of the Apology Resolution of 1993 that made redress for American actions leading to the overthrow of the kingdom. The resolution was passed by Congress and signed by President Bill Clinton.